In these experiments from simple straight lines to rapidly complicating interrupted lines, curved lines, to superposition of curved lines (convex and concave) various types of field are suggested. Sometimes they are a mere manifold of lines, suggesting only a two-dimensional plane, but in other cases they suggest depth and the coherence of a field implying some sort of active forces within it: perhaps even non-Euclidean tensions. As presented here these systems serve both as a programme for the artist and for the viewer, training them in discrimination to perceive more dimensions.
"In all these experiments, linear systems that deform apparent space (such as "perspective) are carried out to cover a sheet completely. Commencing with straight lines, which give an effect of convexity, they are continued with curved convergence. We have exploited some 200 such fields. It is noted that in the presence of such systems, the eye articulates all objects in the space." *
Various combinations of straight lines are considered and their flatness or depth; then operations which can be performed on systems of straight lines such as cutting and recombining them or folding as one would fold a Japanese Origami to produce representational figures or to produce, by random folding, one's own non-representational figure. The exposition begins with the simplest system of parallel lines: (even this will be shown to have power within the context of a painting or etching - interrupting or stabilising).
'Take small sheets completely covered with ruled, straight line systems;'

Fig.3. Diagonal parallels
It continues with diagonal lines which have the same properties but also have an intrinsic perceptible asymmetry which suggests either ascending or descending motion (see section 'Note on Asymmetry').

Fig.4. Varying thickness of line
Lines of increasing thickness are shown to create gravity or a concentration of force around the heaviest. 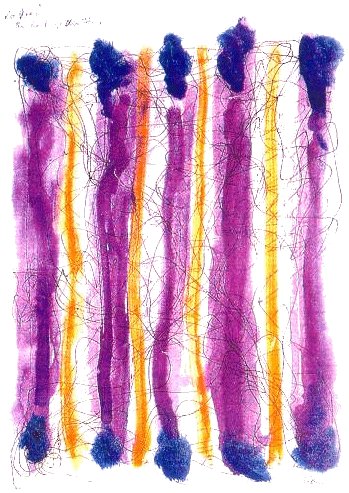 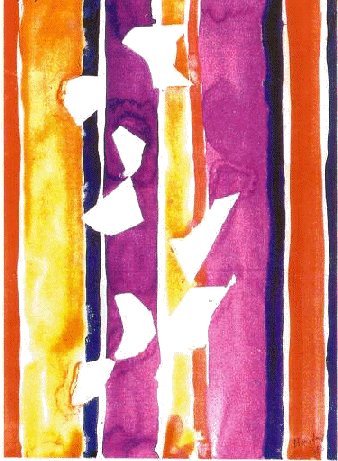 Superimposing these fairly straight forward systems of lines, one upon the other, gives rise to a host of possibilities - four of which are explored here. While the first two do not create three-dimensional space but rivet the attention on the surface of paper, the following two do have a suggestion of more dimensional space.
'Superimpose.' This relatively simple operation already gives rise to many possible results four of which are presented here. They seem, however, to rivet the attention to the surface of the paper instead of opening up space within it.

Fig.13. Interrupted broken parallel lines with continuous diagonal lines and vertical horizontal parallels.
Although this complex drawing forms a grid, through it the interrupted straight lines leave a certain space floating above or below, the diagonal lines hint a direction. This drawing remains somewhat labile, the eyes partly grasping the forms suggested above or below.

'Cut', This one mysterious word refers to the operation of cutting any of the preceding drawings and placing it on or juxtaposed to another drawing, thus giving rise to indefinitely many results, four of which are examined here. These all give rise to ambiguities.

Fig.15. A diagonal section of horizontal parallels against vertical progressive intervals.
This reads as a pattern in the lower left hand corner but becomes more three-dimensional as it ascends and the forms connect.

Fig.16. Interrupted broken lines against horizontal parallel lines.
The diagonal interrupted lines suggest an implied form hovering above or below: therefore the location of this space remains ambiguous.

Further: cut from three differently lined papers and superimpose them. 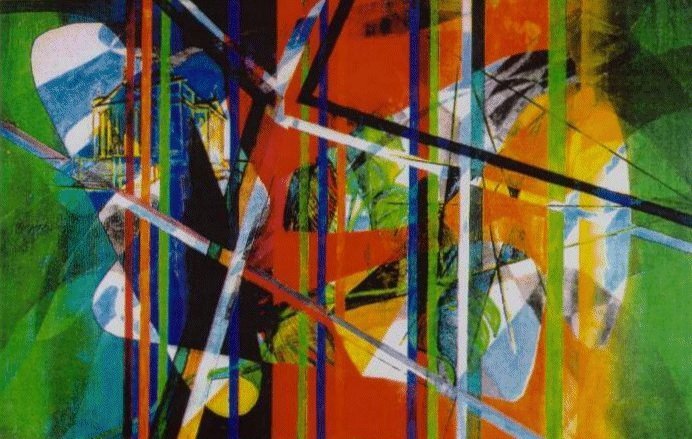 Fig.20. Horizontal parallel lines at irregular intervals cut at random then slightly displaced downward.
This cutting creates an ambiguity in that the right section seems higher than the left thus forming a relief.

'Fold'. Create a new shape by folding a lined sheet so that the lines are at an angle to each other. This might be done as in making an origami - a figurative shape which one could not have foreseen from the beginning - otherwise by folding in an independent, abstract way.

Alternatively they can be opened out into the third dimension slightly to disclose their varying lines, bent upon themselves.