The operation continues with the investigation of actual after-images showing how saturating the field of a painting with one colour can create unexpected results which transform one's idea of the power of a single colour.
'For these experiments wax crayons, felt pens in different colours, inks, gouache even fluorescent acrylic colours like Dayglo, Flashe, Light etc will be needed. Covering the complete sheet a total composition is attempted with a single colour leaving intervals of the white or coloured sheet.---/"
In this experiment the saturation with yellow is employed in doing an unconscious drawing. After a short time of staring into this yellowness, during the time it takes for the eye to become fatigued and to utilize its compensating mechanism, a bright reddish-purple emerges floating so solidly that one is hard pressed to realize that it is not a pigment but an after-image. Sometimes one must look aside and look at the drawing to check that the pigment is not really there. Of course the purplish-violet colour is visually there but by way of another mechanism. 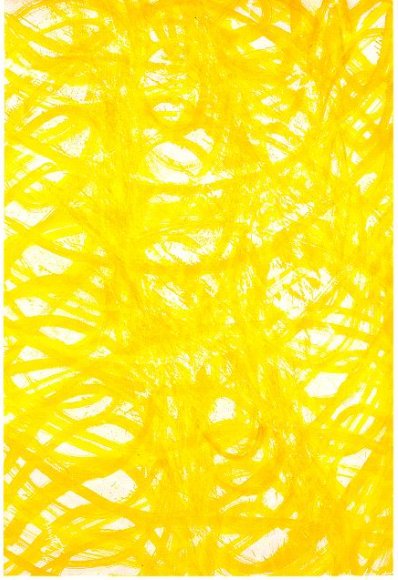 Painting, 195x130cm, catalogue of the exhibition "S.W. HAYTER DYNAMISME CHROMATIQUE, 1964-1974", Gallery J.C. Riedel, 12 rue Guénégaud Paris, Juin 1990.
This seems at first a yellow painting but after staring at it for some time, the time it takes for the fatigue of the eye to make a respite for itself in creating a violent flickering purplish-violet in the intervals, purplish colour is seen fiercely there and one must look aside to be sure it is not there as pigment. Of course, this is more obvious with a large canvas in which the spectator is enveloped.

'---/ Further experiments involve covering the sheet completely leaving neither white nor black so that the sole resource of expression is the relative opacity of pigment. It has been found that such experiments impart an order of knowledge of a specific pigment which cannot easily be described or transmitted but which becomes extremely valuable in expression.---/' 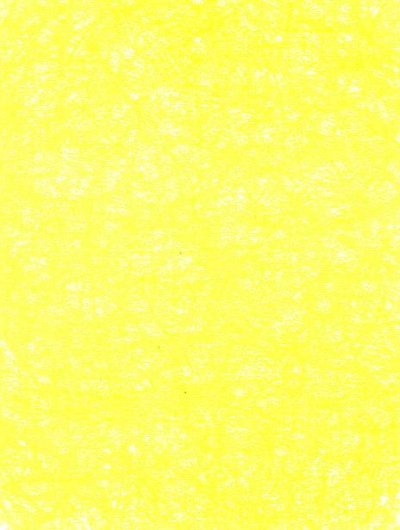 Fig.191. Composition in yellow covering the sheet studying the relative opacity of colour.

This composition executed by means of successive layers of unconscious drawings overlaid until the whole sheet is filled and beyond that so that there are layers of thickness of pigment, creates an oversaturated field of yellow (the relative difference in the opacity within the yellow lend differentiation to the individual brush strokes). The oversaturation produces a strongly violet after-image which obscures the picture in luminosity and creates framing and moving around the painting and on the many coloured surroundings also. The intense transitory violet or purple image is a glittering experience which can scarely be seen in this small format and which could only emerge fully if it were a huge enveloping structure.

The exposition is continued from single colour to many colours: how two bands of colour rectangularly placed, interact with each other through interferences and mutual after-image.

'Transparency and interference of colours are studied by the use of uniform parallel linear systems of each particular colour executed with great precision with a 1:1 or no wider than a 1:2 interval. Here not only the interference of colours is seen in the structure, but as the saturation is determined precisely by the intervals, more definite information is obtained by superimposition than in the operation of passing transparent glazes of colour or using the printing rollers coated with transparent pigments. The appearance of complementary colours in the interval are studied and found to vary considerably from those normally experienced with spots of uniform colour.' 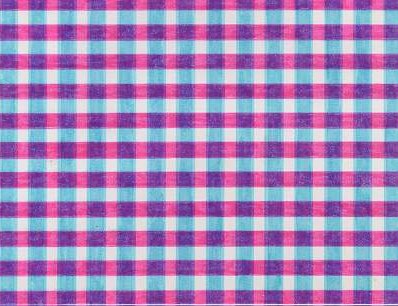 Fig.192. Superposition of pink horizontals on blue verticals.
Observe these colours and their interferences and simultaneously the interferences of their two after-images systems - a very kinetic interaction seeming, as they alternately cancel each other, to flick off and on sometimes one system of parallels appearing, sometimes the other. While being composed of the most stable elements - the horizontal and vertical - the whole seems to vibrate. 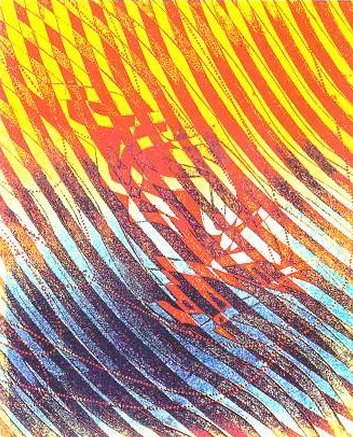 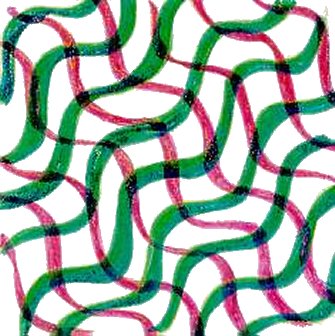 Fig.193. Two diagonal sigmoid systems in two colours interfering.
These are more mobile in form, the diagonal system having an intrinsic motion, interposed and interfering with their two sets of after-images, throbbing. All of these complex interactions - between colours, their opposite after-images and with the resultants advancing and retreating - remains a labile structure.